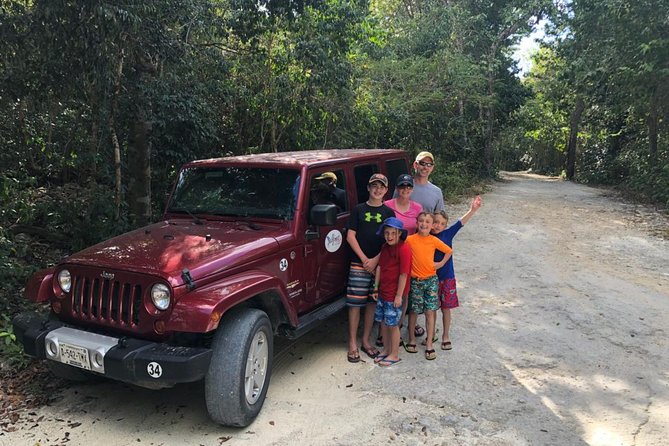 Take the wheel of jeep and explore the jungle beauty of Cozumel. Drive through winding roads, dense forests and lush vegetation to the legendary town of El Cedral where the islands rich history comes alive. Feast on the great history of the Mayans Culture, from el Cedral we will start our driving off road adventure to the caves and to take a dip in the Cenote Jade and get to experience the Caves at el Cedral.

History of the Mayan temple of El Cedral and get to see the first church in Cozumel.

Enjoy the history and the tasting of Tequilaaaaaa!!!!

Jump to Jade Cenote and enjoy the Caves

Minimum age to drink is 18 years