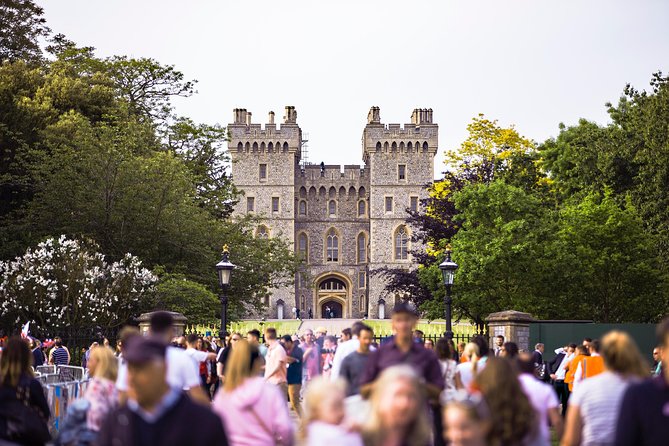 Visit the charming town of Windsor on a 4-hour independent sightseeing trip from London. With a friendly private driver, your tour operates with a flexible itinerary, meaning you can decide what sights to see and where you want to go! Get insider tips for the best sights and shops to check out, and visit Windsors many attractions like Windsor Castle (own expense), the Long Walk or the nearby town of Eton.

Leave your central London hotel and travel west with your private driver to the royal town of Windsor, just under an hours drive away. Your exact itinerary is flexible, so you can customize your morning plans based on your preferences just let your driver know what you want to see in Windsor and then sit back and enjoy the drive!

The affluent town is best known as the site of Windsor castle the official residence of the Queen and a place well worth visiting (entry at your own expense). Covering an area of roughly 13 acres (5 hectares), Windsor Castles grounds include an impressive list of things to see, like the State Apartments and St Georges Chapel. Your guide will give you plenty of insider tips about the best areas of The castle to visit, should you wish to.

Windsors Changing of the Guard ceremony takes place daily, so you can try to catch it while exploring the town. Usually accompanied by a military band, soldiers march up the high street to Windsor Castle in colorful red tunics and bearskin hats, representing the pomp and ceremony of the British Royal Family that so intrigues visitors to England.

Near the town center is Windsor Great Park -- perfect for a walk or summers day picnic! Take a stroll along the famous Long Walk, a 2-mile (3-km) path bordered by symmetrical rows of beautiful trees and neat lawns.

Most itineraries include a drive to Eton, the historic little town just on the other side of the River thames from Windsor. See Eton college, where Princes William and Harry studied, and browse the towns endearing collection of independent shops. Alternatively, visit the nearby town of Runnymede, where the Magna Carta was sealed by King|s cross John in 1215.

Your independent Windsor tour finishes back at your hotel, or a central London location of your choice.