Windsor, Stonehenge And Bath Trip From London - With Reviews & Ratings 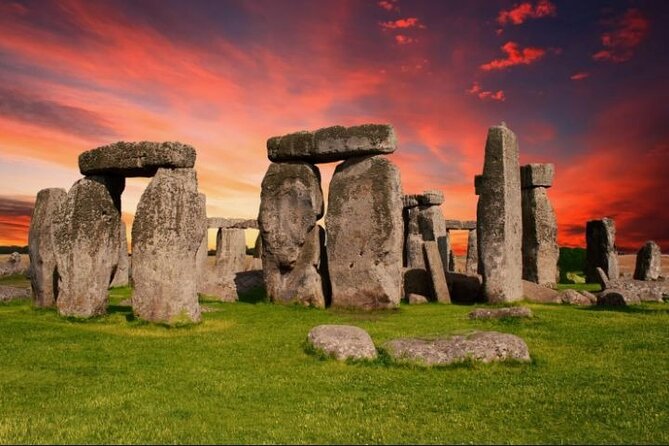 Get a memorable overview of English history by visiting three of its most important destinations during this 12-hour guided trek. Marvel at mystical Stonehenge, the legendary neolithic ring of standing stones that dates back 5,000 years to the Bronze Age. Explore nearly 1,000 years of the English Royal Family at Windsor Castle, home at some stage of 39 monarchs and furnished with some of the finest paintings. Explore the elegant spa town of Bath, originally civilized by the Romans for its natural springs and later frequented and developed as a resort in the 18th Century by the Georgians.

This is the basic itinerary you will follow when you take Windsor castle, Stonehenge And Roman baths Day Trip From London -

Founded in the 7th century, Bath abbey is an Anglican parish church and former Benedictine monastery in Bath.

Your ticket includes entrance to the Roman baths that were built nearly 2,000 years ago. Built on Britain's only natural hot water spring lies the magnificent Roman public bath complex and Roman temple.

The Royal Crescent is a row of 30 terraced houses laid out in a sweeping crescent in the city of Bath, England.

The most famous prehistoric Monument in the world, and now a world heritage site, 5,000 years old Stonehenge stands alone in the vast empty tract of Salisbury plain.

Over 900 years of royal history awaits to be explored at Windsor castle, which is perched high above the River thames just outside of London.

The Beautiful church which in 2018 saw the wedding of Prince Harry and Meghan Markle is a must-visit when you are in London.

The State Apartments at Windsor Castle are occasionally closed; on such occasions, your tour may visit the castle precincts, St George's Chapel (except on Sundays) or Queen Mary's Dolls' House instead.

During low season the tour may also include an additional stop in the village of Lacock (Harry Potter filming location).

When Windsor Castle is closed (currently closed on Tuesdays and Wednesdays) we will have free time in the town of Windsor.

St. George's Chapel is closed on Sundays. There will be extra time to explore the castle precincts.

This tour/activity will have a maximum of 70 travelers