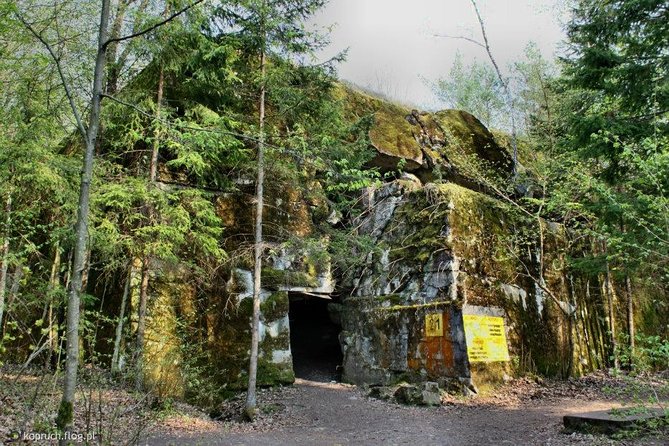 In the forest between the lakes Siercze and Moj 9 km east of Ketrzyn is the complex of bunkers, which during World War II was the headquarters of the armed forces high command and Hitlers headquarters. Commander of the Third Reich stayed here for over 900 days.
Construction and expansion of accommodation lasted 4 years.

Team principal object of command was an independent city in which the function boilers, power plant, water supply with its own water intake, cinema, casino, central telephone-radio, airport and railway station. This town was hidden in the forest complex covering about 800 ha. The main area of apartments, about 250 acres was surrounded by barbed wire and minefields.

The headquarters is related to an event that could change the course of World War II. The special briefing on 20 July 1944 Filp Claus Graf von Stauffenberg has one of the most famous attacks on Adolf Hitler.

In 1959, the land Wolfs Lair were made available to the public. Since then come here every year thousands of tourists from around the world. In the vicinity of the bunkers was parking, hotel, camping and a restaurant.

The 10-hour tour includes private transportation from your hotel in Gdansk, Sopot or Gdynia, free time to explore the Wolf's Lair and the surrounding area and return transportation. The driver is English-speaking and will help with buying tickets and organizing a guide. Price does not include fees for guide and entrance tickets.

Transportation by car/mini-van (max. for 7 people)

Assistance with organizing a tour guide at the Wolf's Lair

Guide at the Wolf's Lair

Tickets to the Wolf's Lair