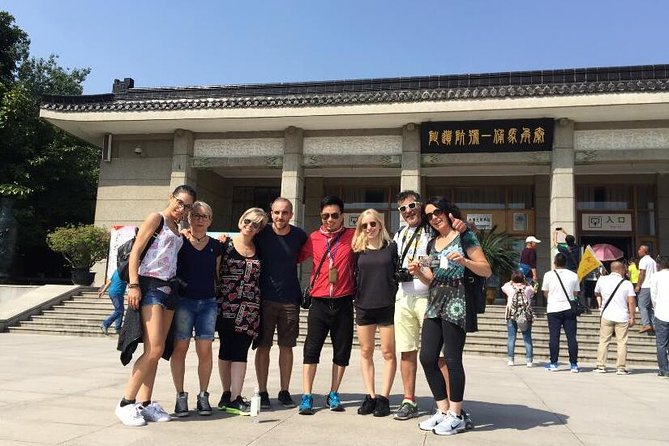 As the ancient capital city of Qin Dynasty (221 BC-206 BC) and Han Dynasty (206 BC-220), Xian has a great number of historical relics, Qin Terracotta Warriors Museum and Han Yangling Museum are the most famous Legacies. This customized day tour takes you to discover them with a knowledgeable guide.

You knowledgeable tour guide will pick you up from your downtown hotel lobby at 9:00 am to start the trip.

Firstly visit the heritage of Qin Dynasty, the world famous Terracotta Warriors and Horses Museum, a UNESCO World Heritage Site and a must-see for every visitor to Xian. Learn the history of Chinas first Emperor and visit all three pits of the Terracotta Army Museum, where you will see the 2,200-year-old sculptures depicting thousands of unique figures and be shocked by the vivid life size terracotta figures of warriors and horses.

After lunch, move on to discover Han Dynasty and learn how Qin Dynasty was overthrew by Han Emperor. Visit Yangling mausoleum of han dynasty - a joint tomb of a notable emperor of the Western Han Dynasty (206 BC-24AD) and his empress. It is a magnificent and abundant cultural relic, comprising the emperor's tomb, empress' tomb, the south and north burial pits, ceremonial site, human sacrifice graveyard and criminals' cemetery.

To conclude the trip, the guide will transfer you back and drop you off at the hotel.