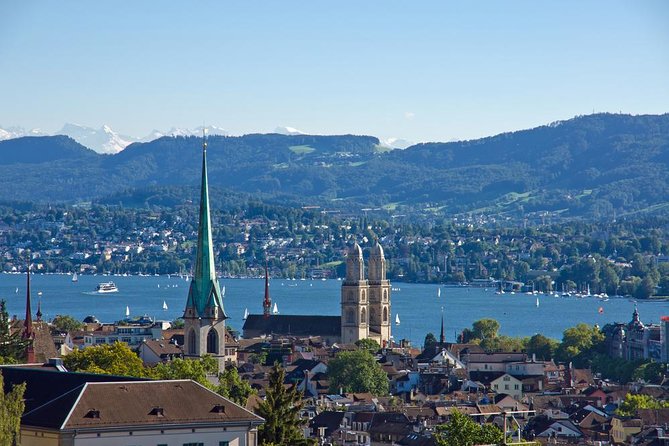 See the highlights of the business and cultural hub of Switzerland on this sightseeing coach tour of Zurich. Admire top attractions like the medieval Old town and the Bahnhofstrasse, and pass by famous sights like St Peter's Church and Lake Zurich. Plus, ride the Dolderbahn railway to the hilly Zurichberg district! Choose either a morning or afternoon departure time to best fit your schedule. You can also upgrade your tour at the 1 pm option and add a 1-hour cruise and a visit to the Chocolate Lindt Shop!

In just two hours, sit back and relax on a comfortable coach as your guide points out Zurich's highlights and must-see attractions.

Pass by the castle-like National Museum; the Bahnhofstrasse, one of the most expensive and exclusive shopping streets in the world; Zurich's famous financial district; and the Zurich opera house, home to the Zurich Opera since the late 1800s.

Make a brief stop by picturesque Lake Zurich before boarding the Dolderbahn (cog-wheel railway) to the lovely Zurichberg district with its noble five-star hotel and many superb mansions. Enjoy the breathtaking views of the city, the lake, and the Alps, before moving on to the university quarter.

Look out for the Swiss Federal Institute of Technology, whose most famous student and the professor was Albert Einstein, and Zurich's art museum.

Next, take a picture stop in Zurich's Old town (Altstadt), which dates back to medieval times. Marvel at the patriarchal guild houses, see the famous St. Peter church with Europe's largest clock-face and admire the impressive Chagall windows on the Fraumnster, another of Zurich's popular churches. Take a scenic drive back on Limmatquai to Sihlquai, where the tour ends.

If you want more, upgrade your tour at the 1 pm option to have a lovely 1-hour cruise on the waters of Lake Zurich and a visit to the world-famous Chocolate Lindt Shop!

Please note: During the winter season (November-April) the tour may end in the Old town depending on the weather condirions.